Didn’t sleep very well and woke to not being able to hear out of my right ear. How is that possible…? You go to bed perfectly fine and wake up deaf….well half deaf..! Took me a couple of minutes to realise that it wasn’t suddenly going to come right and that I would need to do something about it. Downstairs we breakfasted with our hosts and Jane very kindly offered to call some hearing places and see if they could get me in this morning. The last thing I wanted to be doing, was riding around the countryside, deaf in one ear. Dangerous for one thing and bloody annoying for another.
Jane had a photo shoot as I climbed into David’s car for the journey into Chester. Julia stayed back at base getting to grips with the MapsMe app on her smartphone.  I got to see a young guy who was very nice and as gentle as he could be, as he suctioned both ears. Much to my relief…it did the trick…yay.
For the rest of the afternoon, we pottered around the house. Firstly, admiring Jane’s photographs of their tour in the new campervan to Morocco. The images were great and so colourful. They are thinking of shipping the van to Canada and driving across. And why not…? They have the time to do it and are people who enjoy adventure.
We helped David put new number plates on their Hymer campervan after lunch and then helped him fit two adult bikes and two kids bikes into the storage cavity at the back of the campervan.
At about 6pm, Jane asked if we would model for her in a photo shoot.  Well…..what could I say, but yes. She also asked Julia, but I knew that it was only because she didn’t want her to feel left out.  I of course was naturally considerate of this decision, always wanting Ju to feel a part of any opportunities that may come my way. And here it was….the modelling big time. I negotiated a massive fee and it began. I was a little put out when Jane suggested that Julia share my limelight, but I carried on, being the professional that I am. I was right in my element now, moving, pouting, hands on hips, head tilted, just slightly. Light backgrounds, dark backgrounds, it didn’t matter, this was the big time and I was moving baby. Julia kept trying to force her way into the front of the shot…. I kept nudging her out. Jane obviously felt extremely sorry for her and told me to take a break, whilst she shot Ju on her own. Poor thing, she requires attention. Then Jane put the blower on her. Julia’s hair was now subtly being blown out to the side as she moved to the instructions from Jane. ‘’Looking good, do this, do that….it was all getting to be a bit much as she pranced here there and everywhere.
When she reappeared, I was about to take my rightful place, in front of the camera, after all there was a whole world out there waiting for me. But NO… Jane decides she’s had enough. Really….My chance stolen from me by my wife…. I wouldn’t care, but it’s not like she’s a looker.
Ate a delicious dinner with some wine and we chatted once again about all and sundry. Dishes done for the night and we found ourselves crawling into bed at 11.30pm. A little cooler tonight, so it was a good night to cuddle up. 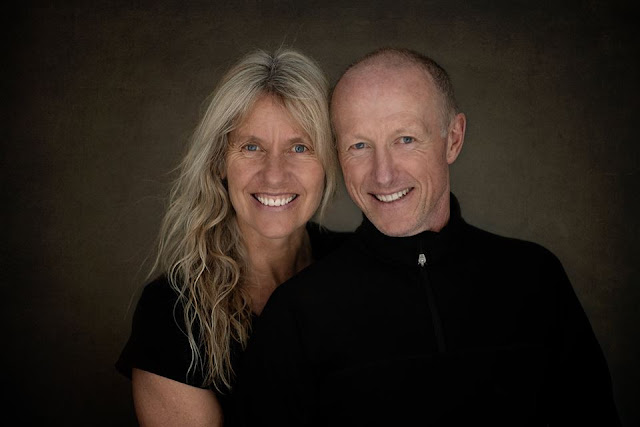