I’ve had some pretty awful sleeps on this tour, which is amazing, as I prefer sleeping outside to inside, but last night, in a beautiful apartment in Seville, I hardly slept. That was because we are situated right in the centre of the action and even though it was a Thursday, Seville was humming. Everyone that was in town last night either walked past, sang, operated a garbage truck or talked outside our window. This went on until 5am in the morning, when I eventually slept. Doesn’t help that the place doesn’t have double glazing.
When we did open our eyes, it was 9am. Today had dawned with full sun and we intended to see as much of Seville as we could. It was also the day that we said goodbye to our bikes as we had to pack them up and send them to Barcelona, ready for us to pick up and bring home. They did us well on tour and I was the only one to have anything go wrong and that was minor. Two punctures in London in two days on the Thames crappy cycle path was the last one we had and the tyres that we have toured on for the last three tours are excellent. 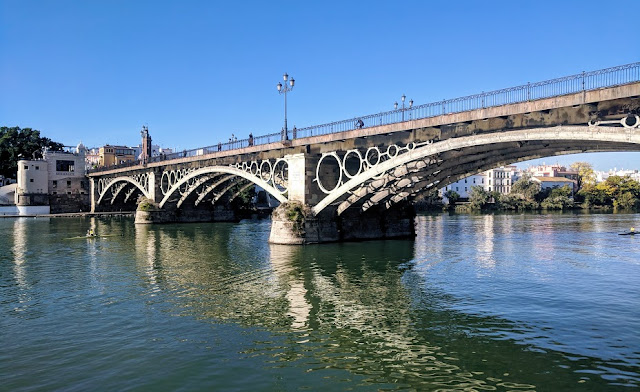 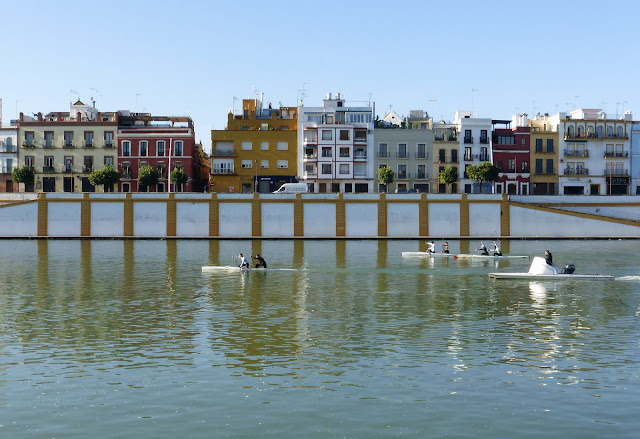 After a quick breakfast we were out the door on the bikes for a sightseeing mission, before we packed them up. Seville is full of history and we aimed to see as much on the bikes this morning as we could. With the weather perfect, we cycled firstly to the main Post Office to make sure that they have bike boxes ready for us. That confirmed and at least I knew that was one thing less to worry about. Set off to see Seville. 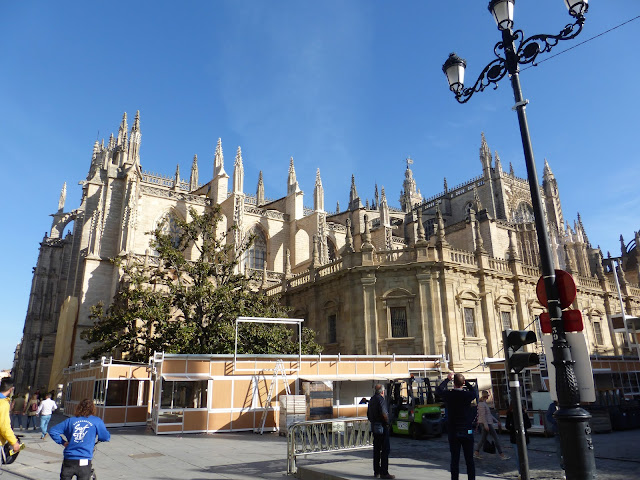 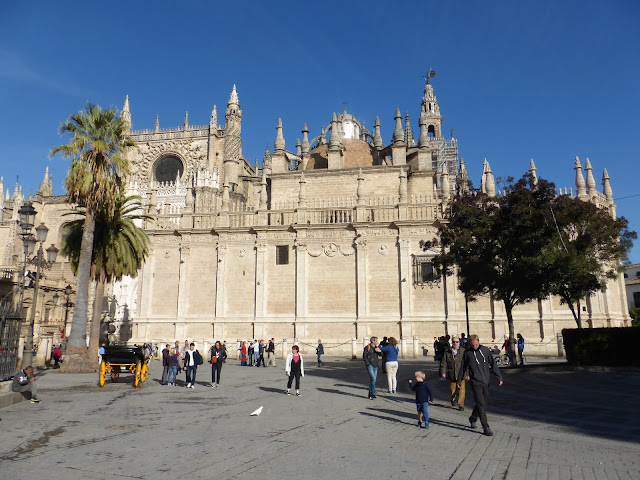 Began at the Cathedral, which unfortunately is having work done to it (I suppose you’re entitled to after five hundred years) so not ideal for photos. Did nobody get the memo that we were coming for goodness sake? This city has great cycle paths and none better than down by the river Guadalquivir. Everyone was out and about this morning and the tourist spots were packed. 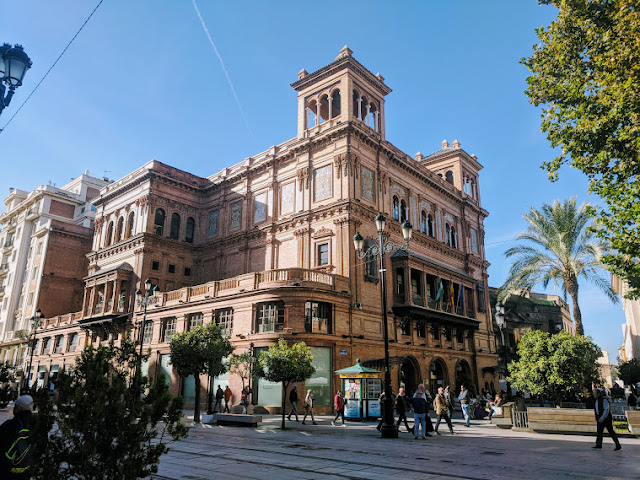 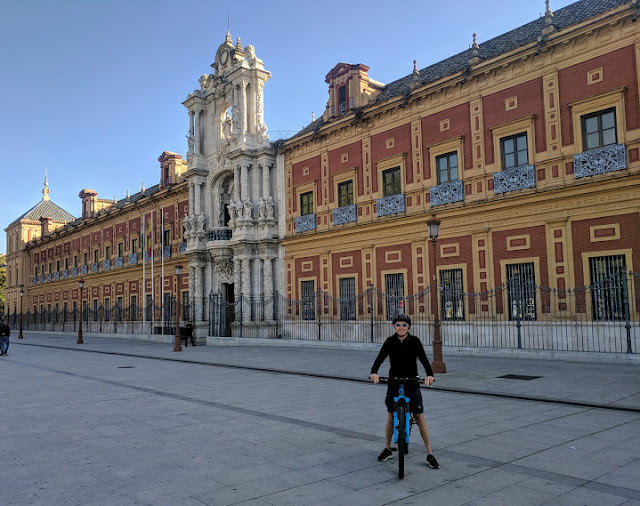 Possibly the building that we both wanted to see the most was the Plaza de Espana. Built in 1928 for the Ibero –American Exhibition of 1929. It was built basically to wow the other exhibitors and showcase Seville’s talents in industry and crafts. It is absolutely magnificent and Julia and I wandered around for ages, just marvelling at the tile work alone. Trying to capture the size of the building is nigh on impossible and unless you had a wide angle lens or were using a panorama effect, you have to limit your shots. We are fortunate to have seen some beautiful buildings over the years and this rates highly. 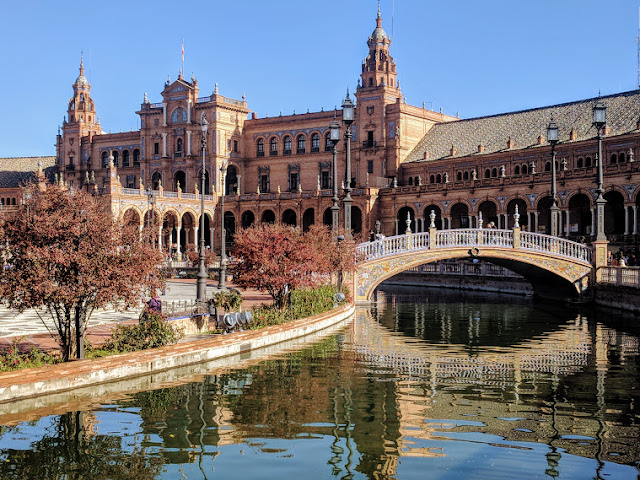 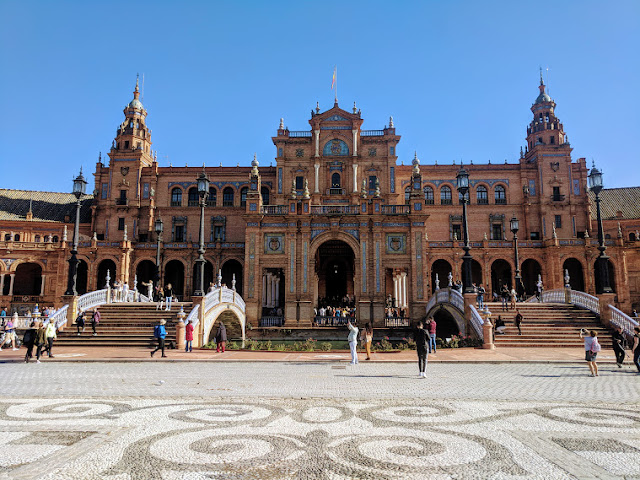 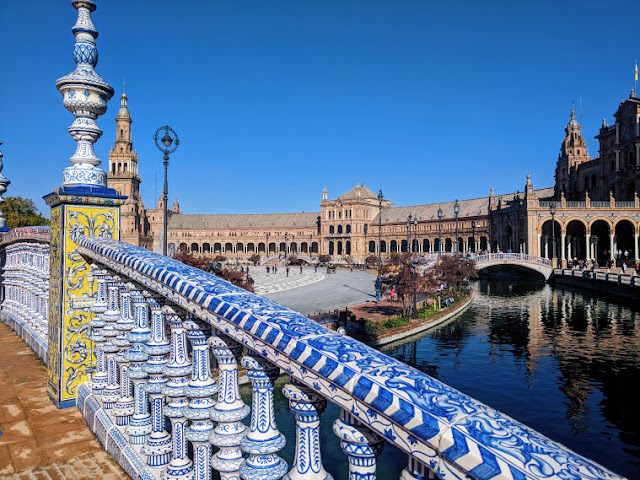 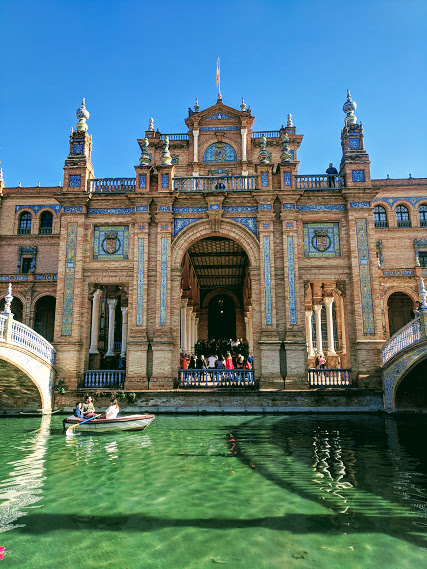 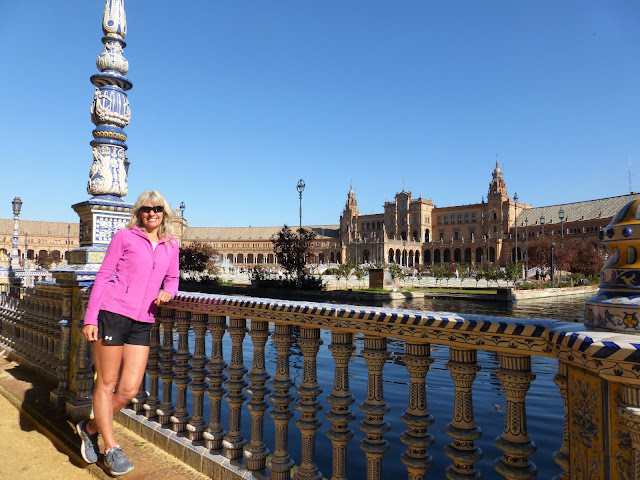 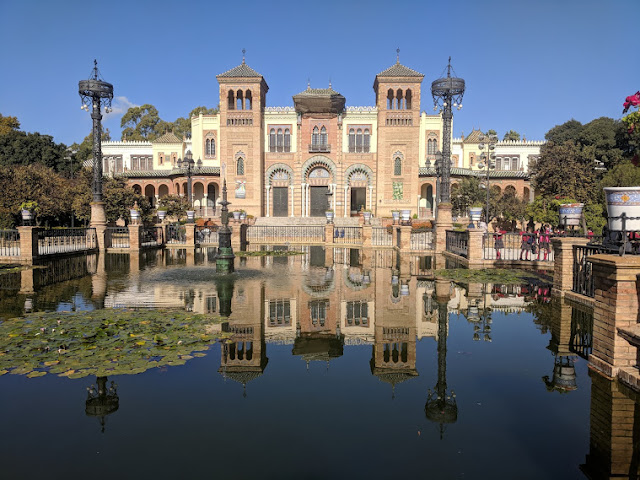 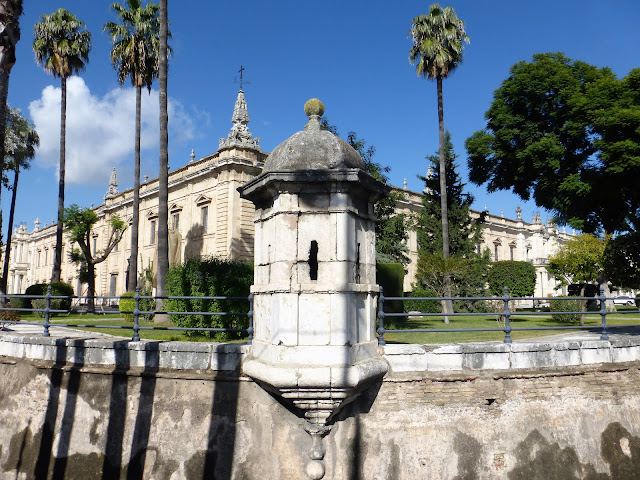 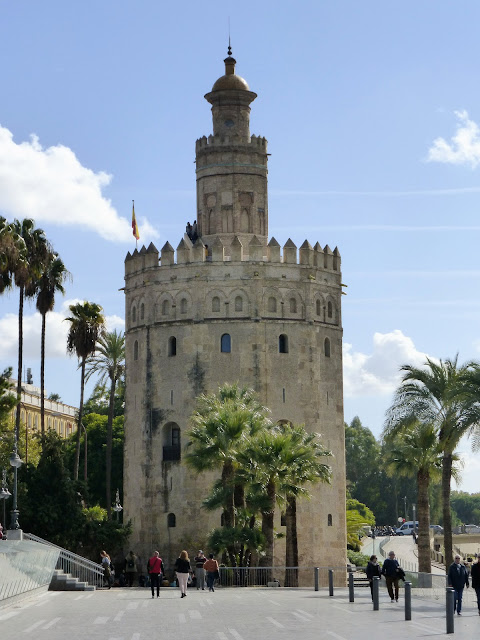 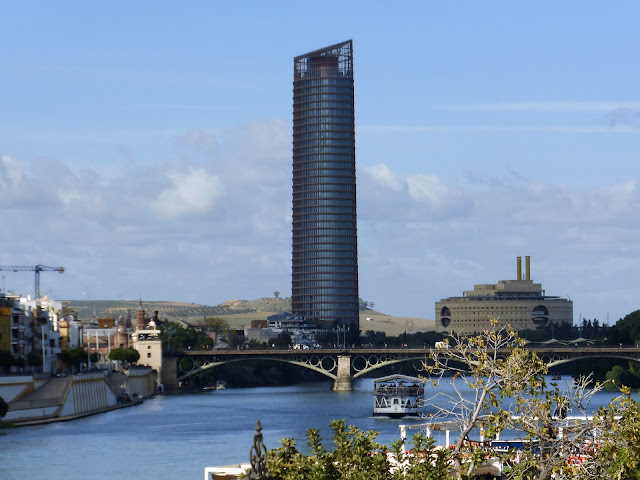 Our jaunt lasted until 2pm when we figured it was time to eat. Rode the bikes back to the apartment and then shot out for a nice lunch just around the corner. By 3pm, we were busy cleaning the bikes ready for packing. Having sorted the gear that needed to go in the boxes with the bikes, (like sleeping mats, sleeping bags, tent, tool box etc), we loaded up and rode to the Correos, or Post Office, which fortunately is open until 8.30pm. Dealt with a great guy, who gave us the boxes and let us pack them up right inside the main room. They will send them to Barca for us and store them for free, for us to pick up and take to the airport, when we fly out. My heart was still in my mouth when signing the form, as it states that nothing else should be in the box, only the bikes. Had to get them and all our stuff there somehow though and this was the most effective way.

After two hours of dismantling the bikes and packing them up, we left with a weight lifted from our shoulders.  Although we also felt slightly sad to see our dependable bikes going off alone into the world without us.  All we have to do now, is hope that they send them to the right address in Barca. Wandered the brightly lit, very busy, city streets. There was a definite buzz to the place and plenty of buskers on show.  Huge variety of acts but we’ve noticed they don’t seem to be raking it in and the tourists seem very reticent to part with their money.  We were impressed with a young bmx rider and a guitarist who was playing outside the post office as we left.  Popped into a café/bar for a paella and a drink before strolling the streets back to our abode. Facetimed both the girls and Brody and so glad to see that they are all well and happy. Wrote the blog and called it a day. Up early tomorrow for a walking tour of the city.

Posted by Pete and Julia Dolan at 1:47 AM